My recent trip to Nashville got me thinking about how important the city is to the history of country music. I absolutely love the sights, sounds, and sentimentalities associated with Music City.

Naturally, I began pondering other places to visit that could offer the same excitement and appreciation for the legends of my favorite genre.

While there are dozens of places in the United States that country music fans should look into, I settled on six very special locations that I strongly suggest you visit while you’re still alive and kicking. Enjoy!

The Country Music Hall of Fame

If you are a true fan of country music (and I know you are), there is perhaps no better way to show your appreciation and affection for the legends of country music than to visit the Country Music Hall of Fame in Nashville. There are hundreds of amazing artifacts that will blow your mind. There are also several exhibitions, including both the permanent and temporary kind. Of course, what would the single greatest tribute to country music be without live concerts? Check the Hall’s schedule to find out who is playing next.

Thanks to Graceland in Memphis, TN,  you can feel like the King in his castle. His legendary success on the rock n’ roll stage can sometimes cause you to forget that Elvis had just as big an impact on country music. After all, he is in the Hall of Fame for both genres. If you still melt every time you hear “Love Me Tender,” you need to check out Elvis’ home and refuge from the madness of being, well, Elvis.

I chose Dollywood as a special destination because it is pretty much perfect for those of us who love to travel with our families. The Appalachia-themed park is one of our county’s most treasured tourist hotspots, and there are several reasons why. Visitors can ride free on a full-sized steam train or crash hard at Dolly’s Demolition Derby. It kind of goes without saying that fans of all ages will adore the Dolly Parton Museum. Dollywood is known for hosting several music and food festivals, so plan your trip accordingly.

If you are a historian like me who gets crazy excited walking where legends have walked, you absolutely must visit Sun Studio in Memphis, Tennessee. I could blab about this place all day long, but all I really need to say is that Sun Studio was home to the first recordings of Johnny Cash, Elvis, Carl Perkins, and Jerry Lee Lewis. This essentially makes the studio a holy temple for country music fans. 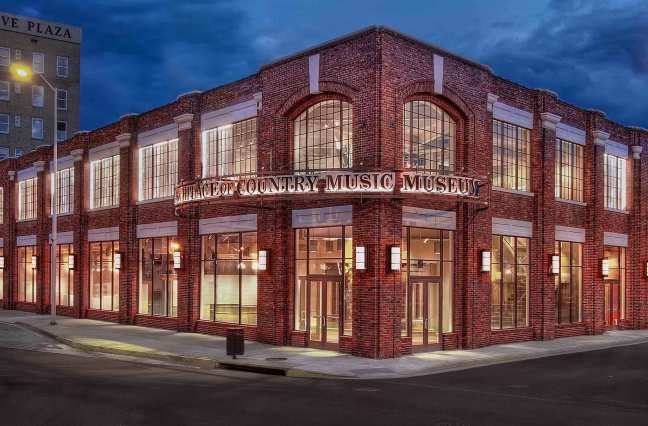 Officially recognized as the Birthplace of Country Music, Bristol, TN/VA was home to the legendary 1927 Bristol sessions performed by Jimmie Rodgers and the Carter family, as well as many others. When you visit this Appalachian gem of a town, you’ll find a welcoming museum that proudly celebrates all its wonderful country music roots. Music history is alive and well in Bristol, so make it a priority to visit.

Route 66 is America. And because America is best captured through country music, heading out on a road trip along Route 66 is pretty much the same as living a country song. Even casual country music fans will recognize the dozens of songs that reference our country’s most famous route. The best thing about traveling along Route 66 is that embarking on the cross-country journey will take you to some of the countless towns, cities, and geographical landmarks sung about by your favorite country crooners.

← 5 Steps to Living a Balanced Life
Never Too Soon: 5 Budget-Friendly Tips for Planning Your Summer Vacation →